Skype Telegram WhatsApp
Contact us to get PokerStars.es rakeback deal 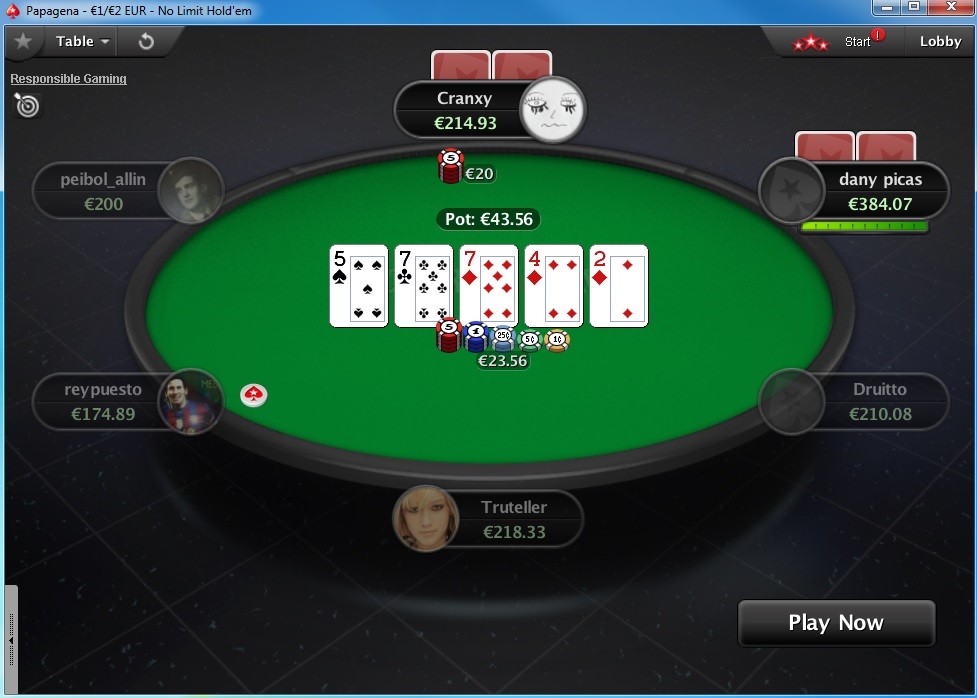 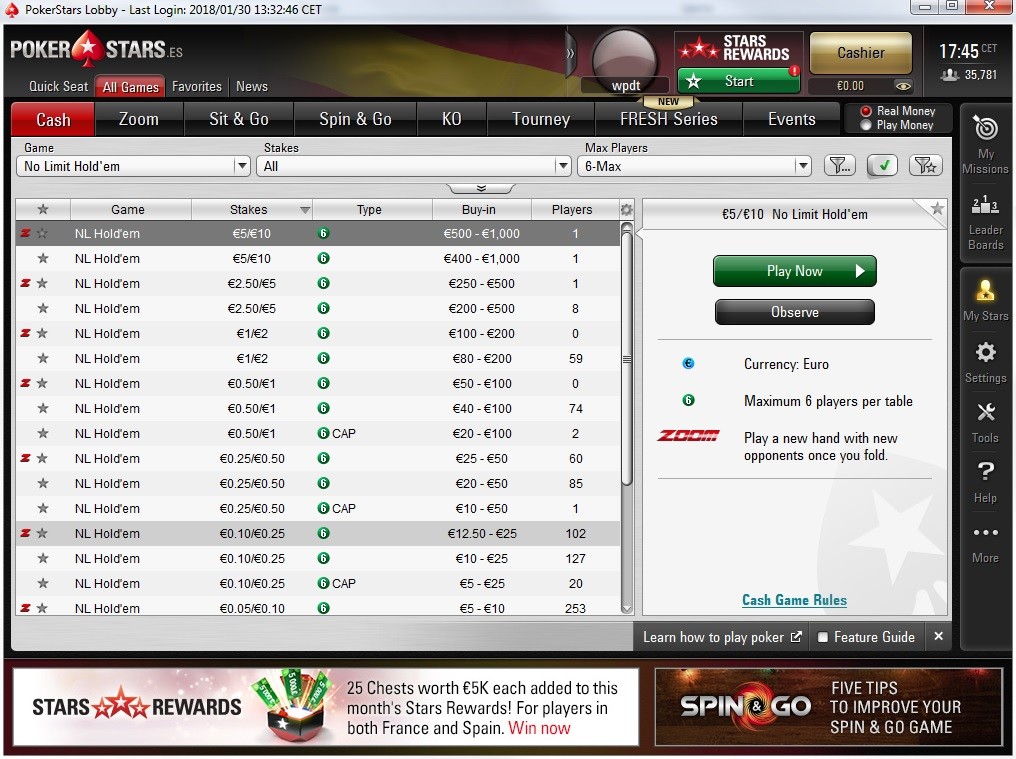 PokerStars.ES is a European poker reservation with players from France, Spain and Portugal. Due to the current epidemiological situation in Spain in particular and in the world in general, promotions and bonuses aimed at attracting new players and stimulating registered users were prohibited in the room. Therefore, today the poker room does not have a Challenges section, which previously contained information about available promotions and bonuses. From this review of PokerStars.ES you will learn the main features and advantages of the room.

PokerStars.ES software is almost the same as in the global room. There are some design differences, as well as certain limitations in functionality associated with fewer games and formats. The appearance of the tables has remained the same, so the players of the global room PokerStars will not experience any difficulties when moving to the European reservation. Like other PokerStars rooms, PokerStars.ES supports the work of third-party software for collecting statistics – Poker Tracker, Hold’em Manager.

You can download PokerStars.ES both on a personal computer and on mobile devices for iOS and Android – everything is like in the global room.

Compared to a global room, PokerStars.ES has fewer game formats and a choice of limits. The PokerStars.ES room can be accessed not only by players from European pool, but also by poker players from the CIS countries – Ukraine, Russia, Belarus, etc.

At the classic cash tables with the rules of Hold’em and Omaha, there are games in the range of limits from 2 to 200 euros. There are only two table formats available – 6-max and 9-max, and full ring tables are presented only for the Hold’em game. Here you can play fast poker at all limits, as in the standard cash.

SNG tournaments are held in Hold’em and Omaha. The cost of a ticket with the rules of Hold’em ranges from 0.50 to 250 euros. They take place in classic, turbo and hyper-turbo formats at the HU, 6-max and 9-max tables. Omaha can only be played at two limits – 0.50 and 1 euro.

Spins at PokerStars.ES come in four formats, which differ in buy-ins, the number of players and the speed at which the blinds increase. So, in standard lottery tournaments, 3 players participate, the levels change every 2-5 minutes, the starting stack is 500 chips. In Flash format, the duration of the level is reduced to 1 minute, and the initial stack is reduced to 300 chips. In Max Hold’em Spins, tables with a number of players from 3 to 8 can be formed. If you prefer to play Omaha in lottery tournaments, then you will have access to only three limits – 0.25, 1 and 5 euros.

The rake at PokerStars.ES depends on the limit played. At cash tables with the rules of Omaha and Hold’em in the range of limits from 2 to 10 euros, a 6% commission is charged. The cap depends on the number of participants and for these limits the maximum limit is € 1.25. At all limits above 25 euros, the commission is slightly less – 5.75%, and the maximum cap is 3 euros. Fast poker has the lowest rake, and it is the same for all limits – 5%.

PokerStars.ES has the same loyalty program as the global room – Stars Reward. To participate in it, you need to earn status points by increasing the rake. Depending on the number of points scored, the player is offered to open one of 6 available chests with a different range of prize funds. For each euro of generated rake in tournaments, the player gets 45 points, and playing classic cash or fast poker – 100 points.

To carry out financial transactions PokerStars.ES offers a wide range of payment systems – bank cards, Umoney, Webmoney, Skrill, Neteller, etc. The poker room does not charge any commission. However, some payment systems charge a certain percentage for deposits and cash-outs. To find out the size of the commission, you need to go to the Deposit & Withdrawals section, select your country of residence and find the desired method of making a deposit. Money is usually withdrawn within 3-10 business days.

Why is it profitable to play at PokerStars.ES

The PokerStars European reservation is notable for its weak field at all limits, so poker players playing for profit will be able to make good profits here. Despite the fact that rakeback for non-residents of Spain has been canceled, even without it, you can consistently play a plus in this room. High traffic, first-class software and impeccable reputation of the PokerStars brand also attract players to this room.