Skype Telegram WhatsApp
Contact us to get PlanetWin365 rakeback deal 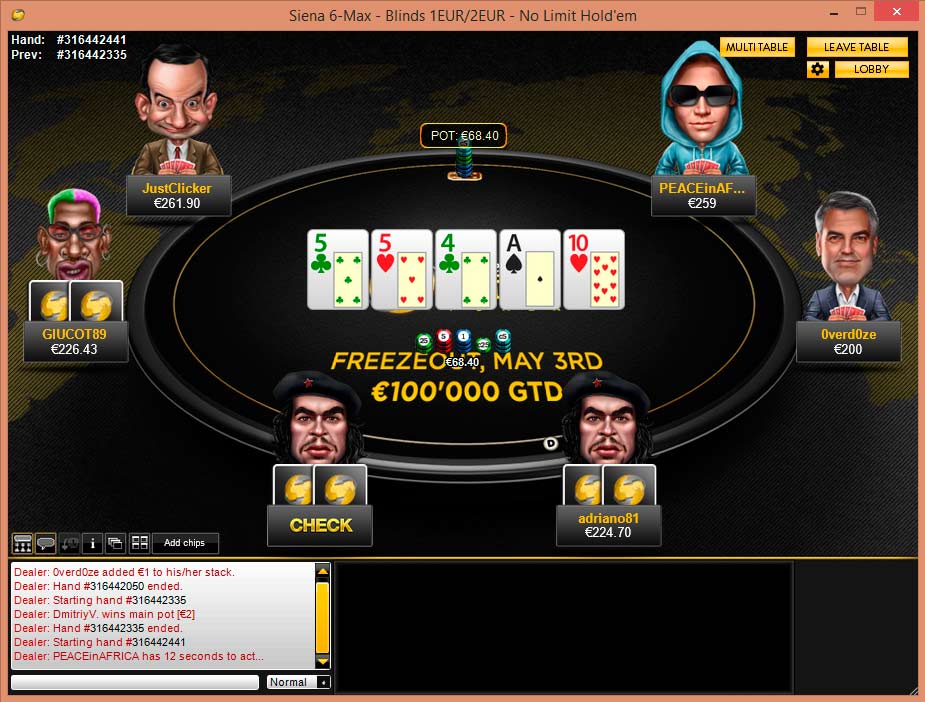 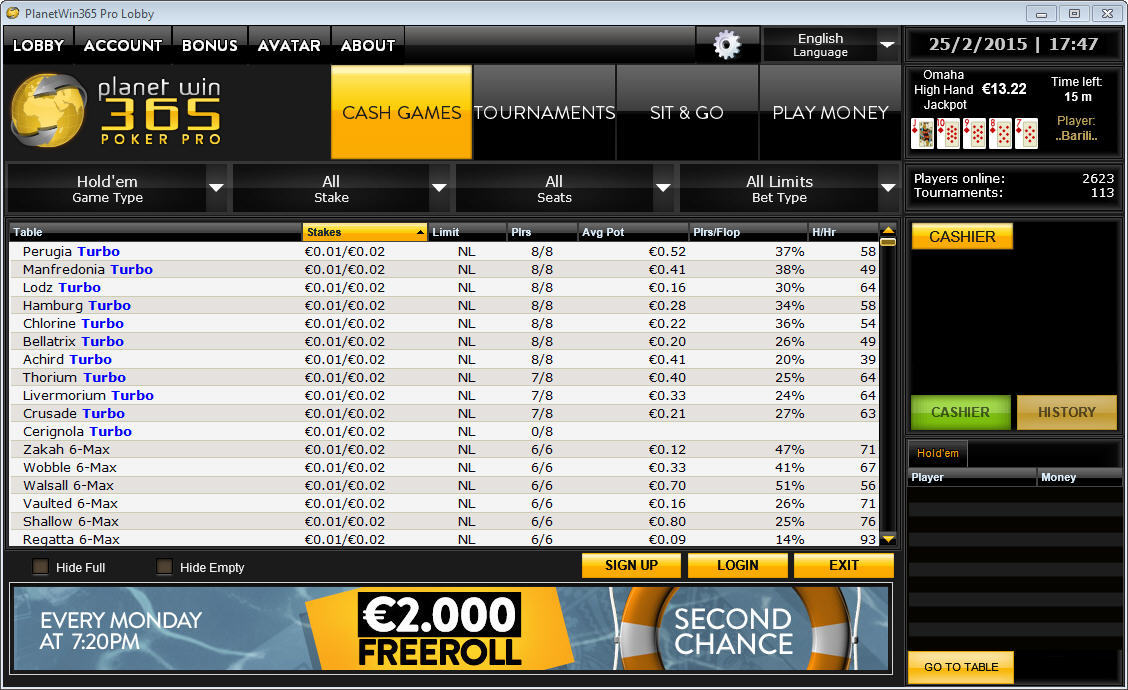 PlanetWin365 is a poker room that is part of the popular Italian and South European gambling holding specialising in betting, casino and poker. This company provides services not only online, but also offline. PlanetWin365 appeared in 2014, and a little later The Hive network was formed. The best traffic indexes were achieved in 2015. After that, some poker rooms went offline to join Ongame. In 2017, attendance dropped again, this time due to the separation of Italian players from the general pool. A closed poker reservation PlanetWin365.it has started working only for them, so only players from Italy are allowed there. For the rest of the poker players, there is a separate room PlanetWin365.com.

Let’s start the PlanetWin365 review with software that was developed by the poker room itself, therefore it has all the necessary functions and capabilities. The client is designed in a classic style. Mini-tables can be smaller than in other rooms, but at the same time they remain informative thanks to the large print. All the demanded settings are provided, with the help of which you can set the standard size of bets, change the appearance of tables, set up auto-buy. Waiting lists are here. You can make notes on players that will be visible directly from the lobby. There are four standard table themes and two types of decks available.

It is not possible to use programs for collecting statistics in PlanetWin365 directly. However, Poker Tracker and Hold’em Manager can work with the converter.

The maximum number of visitors to the room is in the evening European time. At this time, there are up to seven hundred simultaneous connections. Like other European poker rooms, PlanetWin365 is played in euros.

Most of the game is observed at the low limits, especially in the 6-max format. At peak times, up to 20 tables are collected, mainly at NL10 limits. In the range of limits from 25 to 100 euros, about 5-7 tables are collected. At higher rates there is practically no game on weekdays, on weekends you can find several tables.

There is also a game in the heads-up format. At the middle limits, there are about 10 HU-tables. Heads-up games can also be found at the highest stakes – NL1K.

The tournament grid at PlanetWin365 is poorly developed. In total, no more than 20 tournaments are played every day with a guaranteed prize pool of up to 1000 euros and ticket prices up to 7.7 euros. No more than 100 poker players play in each tournament.

Rakeback in PlanetWin365 is paid depending on the level occupied in the VIP system. There are 6 levels in total, two of which are issued for a year, and four for a month. The largest rakeback, 25%, can be obtained starting from the third level of Marshall. This level is assigned for the formation of rake from 300 euros per month. However, rakeback cannot exceed € 120 at this level.

To reach the most prestigious level of the VIP system, General, you need to generate 2.400 euros in rake per month. In this case, the maximum rakeback will be limited to € 2.500. By using the first deposit bonus, you can increase your rakeback by 25%. To get a better rakeback offer, please contact our managers.

You can use bank cards, Skrill and Neteller to make deposits and cash-outs. Money is credited to the general account, it must be transferred from the Sports wallet to the Poker wallet.

Why is it profitable to play at PlanetWin365

The poker room PlanetWin365 is characterised by a very weak field of recreational Italian players. Therefore, the competition in this room is extremely low. Even in spite of the high rake, regulars can make good profit in such a pool. The room will be interesting for fans of 6-max format at low and medium stakes. Also here you can find the game at the heads-up tables.