Skype Telegram WhatsApp
Contact us to get Lottomatica rakeback deal 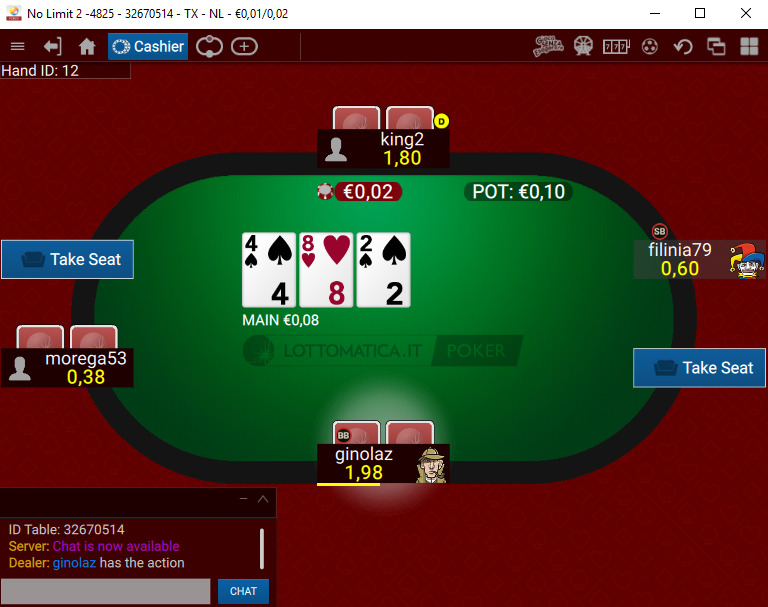 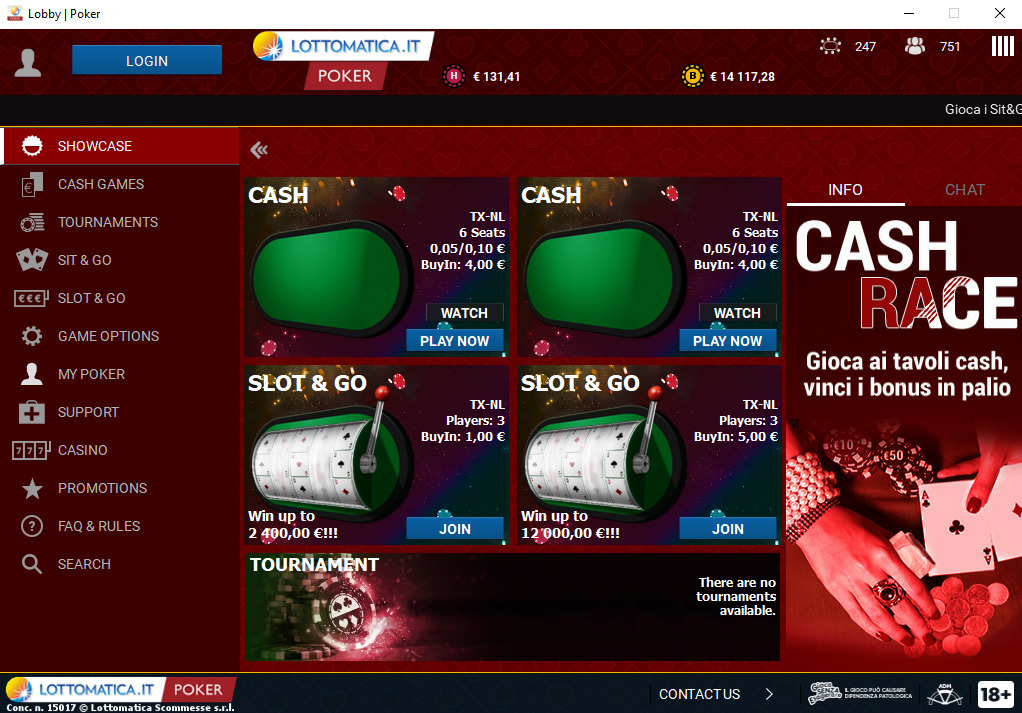 Lottomatica is an Italian poker room that is part of a large gaming company BossMedia. Only players from Italy have access to the closed reservation, which provides a very attractive playing environment. This club combines poker, betting and gambling from online casinos. The poker room will be interesting for players of low and medium limits. At high limits, bum hunting is possible, although there is not a lot of game here.

The software for the poker room was developed by Bossmedia. However, this application has changed significantly from what it was when the Bossmedia.com network was running. Now the client is much more convenient, more functional, and has a modern look.

The main lobby features the most popular games for easy access. To set up a more familiar table layout, select Tavoli Cash from the menu on the left side of the lobby and click on the icon that displays the tables in a list.

There are all standard filters with which you can sort the tables by various parameters. Using the settings, you can change the appearance of tables and a deck of cards. Although Lottomatica supports the work of trackers directly, using the HUD can lead to the client freezing – you need to click on the buttons twice.

The Italian poker network International Poker Network Italy, which includes the room Lottomatica, cannot boast of high traffic – it is included in the TOP 40 networks in terms of traffic. As the Lottomatica review showed, peak traffic occurs in late evening European time. Most of the game is concentrated at 6-max tables with the rules of Hold’em. You can also play pot-limit Omaha, Stud and Card Draw here. The room also features SNG tournaments.

The most popular are cash tables at micro-stakes, up to 30 of them can appear in the evening. In the range of limits from 25 to 100, 5-10 tables are played. During peak times, you can find the game at high limits – NL200-NL400. At the highest stakes (up to NL1K), tables are rarely set up.

With the rules of pot-limit Omaha, about 10 tables are played during peak traffic. The game is mainly played at limits up to PLO50.

The rake in Lottomatica depends on the limit played and the number of players taking part in the distribution. At limits up to NL100, the commission is charged at 6.25%, at all limits above the rake is 5.55%. If there are 2 participants in the distribution, then the maximum commission is limited to 1 euro. With a larger number of players, the cap will be 3 or 3.5 euros, depending on the limits.

Rakeback at Lottomatica is tied to a VIP system divided into 8 levels. To reach the levels, you need to collect status points. For every cent of the generated rake, 1 point is given. It is noteworthy that levels can be awarded for achieving a certain number of status points in a different period of time – 7, 30 or 100 days. Therefore, even those who do not play regularly will be able to advance through the loyalty system.

The higher the VIP level, the more bonus points you will receive, which are exchanged for cash-back. The highest rakeback at Lottomatica is 55% – a pretty good result.

Why is it worth playing at Lottomatica

Lottomatica attracts primarily with its weak field, which consists mainly of recreational Italian players. In addition, this room has relatively high traffic at low and medium limits. Thanks to the ability to bum hunt, the regulars will be able to gain even more advantage against weak Italian opponents. If you play regularly, it is not difficult to reach the maximum level of the VIP-system, and get a high 55% rakeback.