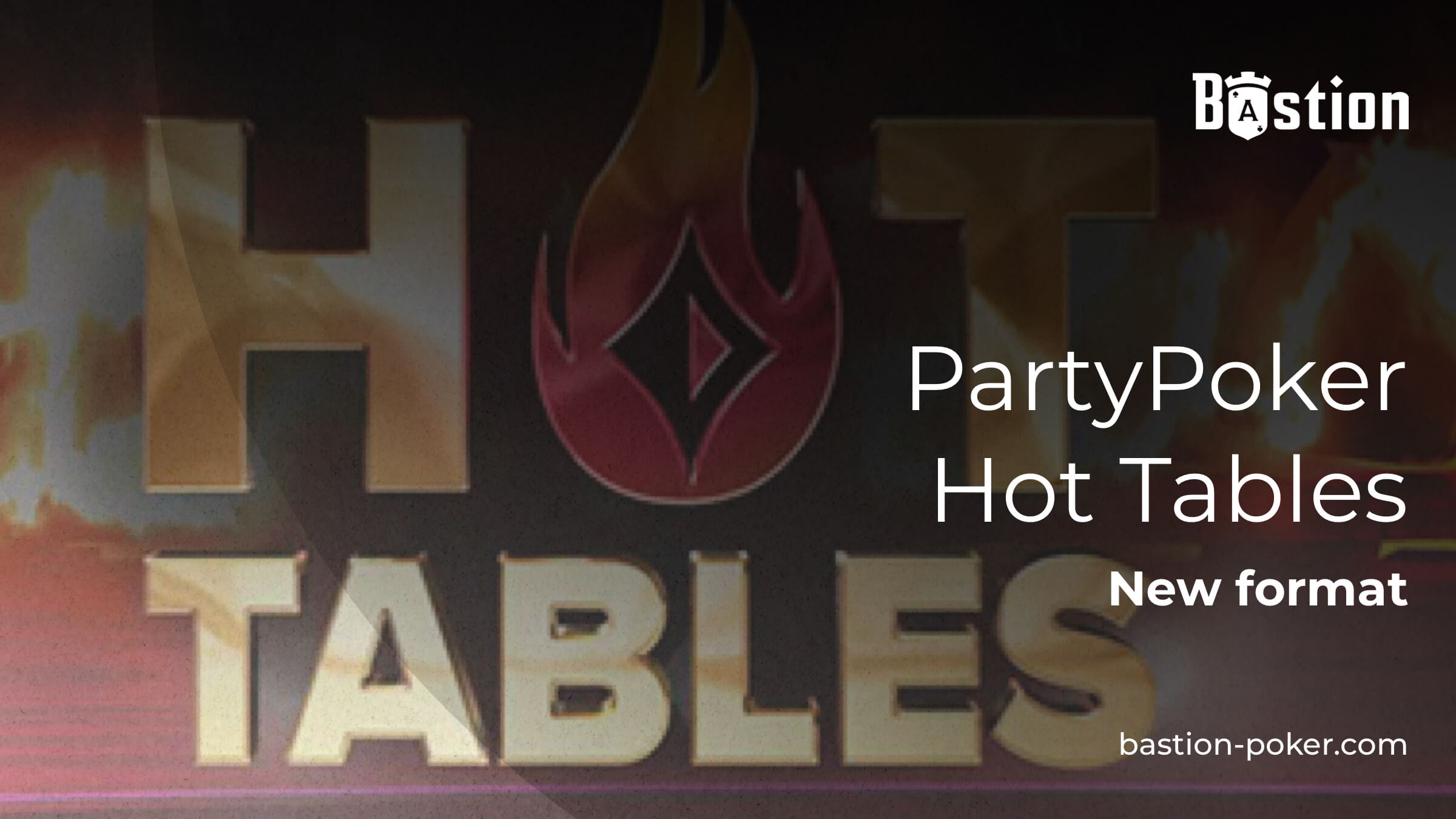 A new format of Hot Tables lottery bonuses has been operating in PartyPoker since March 11 of this year. It has already been used in other rooms like Cash Drop. Read about the features and benefits of this bonus in this article.

At the end of last year, some information appeared about the preparation of PartyPoker for a new cash-drop. This could be understood from the corresponding files found in the application folder. The new bonus appeared only after 2 months.

On March 11th, Hot Tables with a bonus reward of up to 500 blinds were launched at PartyPoker.

Cash-drops are aimed primarily at recreational players. PartyPoker community manager Colette Stewart spoke about this. Regulars were negatively affected by the news of the cancellation of the leaderboard in cash games following the emergence of Hot Tables.

Leaderboards allowed the most active members of the poker room to receive additional profit. Recreational players who play from time to time did not get into the prize zone, and therefore they did not receive any benefit from the leaderboards. Hot Tables have balanced the distribution of the prize pool among all players. Now amateurs will also receive prizes, regardless of how much time they spend at the cash tables, and what kind of rake they generate.

The cancellation of leaderboards led to the fact that many regulars lost a large part of their rakeback. In addition, it is unlikely that there will be any promos aimed specifically at grinders. PartyPoker has made it clear its intentions to fight the rakeback machine.

Hot Tables bonuses are not very attractive in terms of graphics: this is the fault of the old engine, that is still used by the poker room.

You can find out that the table has received the hot status by changing the color of the corresponding icon in the corner of the screen. In addition, the table itself also changes its color, and an animation of falling coins appears. The congratulations window displays the range of possible winnings in the bonus.

When the giveaway ends, a counter is triggered, randomly determining the exact amount of the prize. It should be noted that this bonus drops out quite often. However, it slows down the game speed.

With the release of Hot Tables, Party Poker has taken the second step towards improving the playing field for recreational poker players. The first step was to ban the use of HUDs. Such changes will undoubtedly lead to a weakening of the overall pool of players.