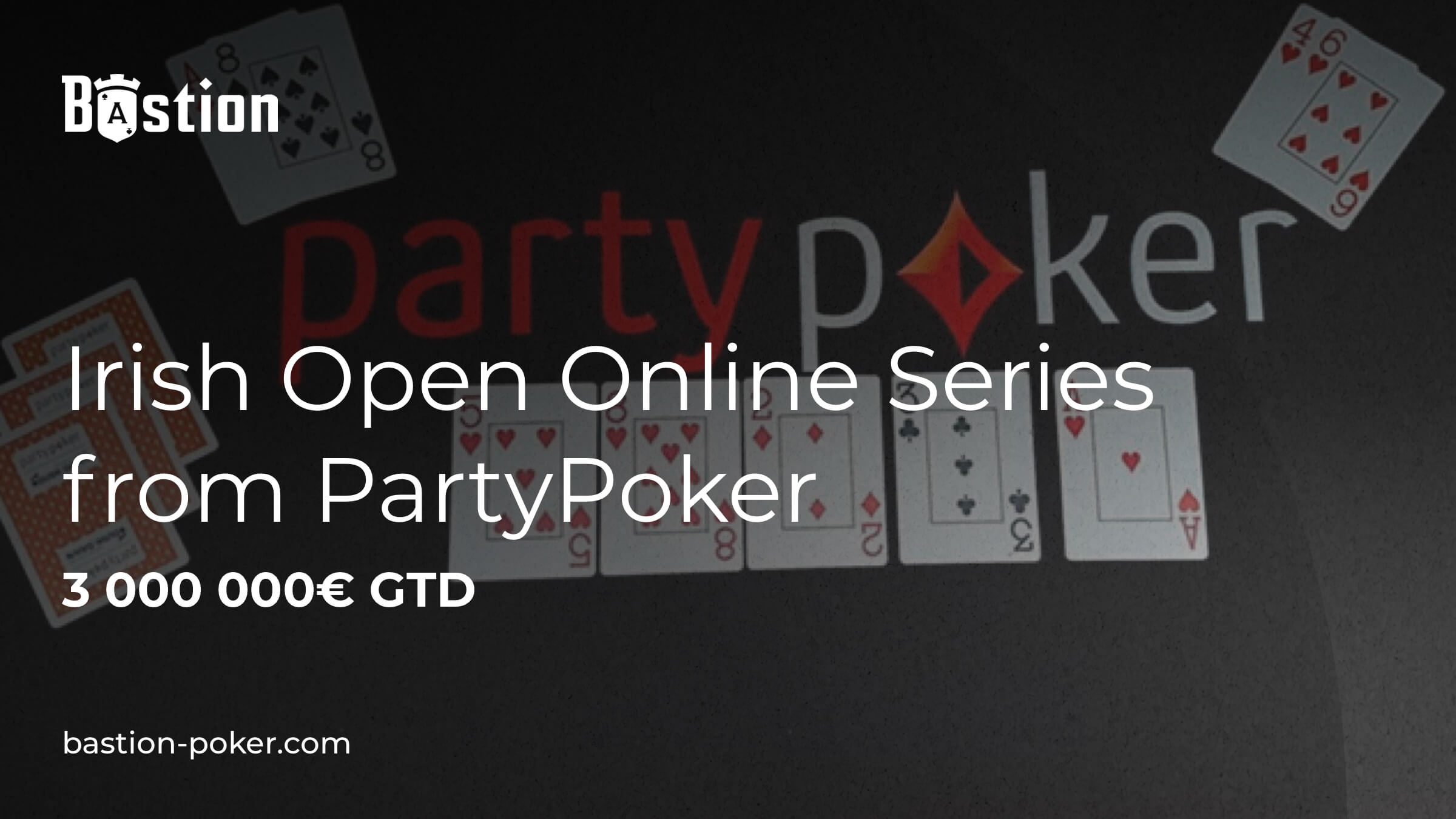 For the period from March 26 to April 8 this year, the Irish Open Online poker series is planned by the PartyPoker, in which 3 million euros will be played out. Moreover, the third part of the total guarantee is played out in the Main Event. You can qualify for tournaments using satellites worth from 1 cent.

PartyPoker develops relationships with offline companies. In 2020, the Irish series already took place, but it is inferior in all respects to the current event. The 2021 Irish Open Online includes more tournaments, and therefore the guaranteed prize pool has also grown (up to € 3 million).

In order to attract poker players from Ireland, the organisers have decided to make buy-ins and prize funds in euros. To make the tournaments as similar as possible to live events, they will be held with a deep structure and non-anonymous players, i.e. the real names of the participants will be shown.

Other features of the series:

Main event of the series

In the Main Event, the series will compete for € 1 million, a third of the total guaranteed prize pool. The cost of participating in this tournament will be € 1.100. The event is scheduled for three days – March 28, April 4 and 5.

All players start the tournament with a 200K chip stack, the blinds then increase after 25 minutes. On the final day, the blinds will rise slightly slower – after 30 minutes. To get to this event, you do not have to pay the full cost of the ticket; you can try to qualify with the help of satellites.

Every day, starting March 28, PartyPoker is running 8 satellites worth € 109, offering between 3 and 20 tickets for the main event. On Sundays, one of the satellites offers an extended guarantee (100 tickets). Step satellites start at € 1.1.

Satellites are held not only for the Main Event, but also for other events within the Irish Open Online series. It is expected that this series of tournaments will collect a huge prize pool and number of participants.