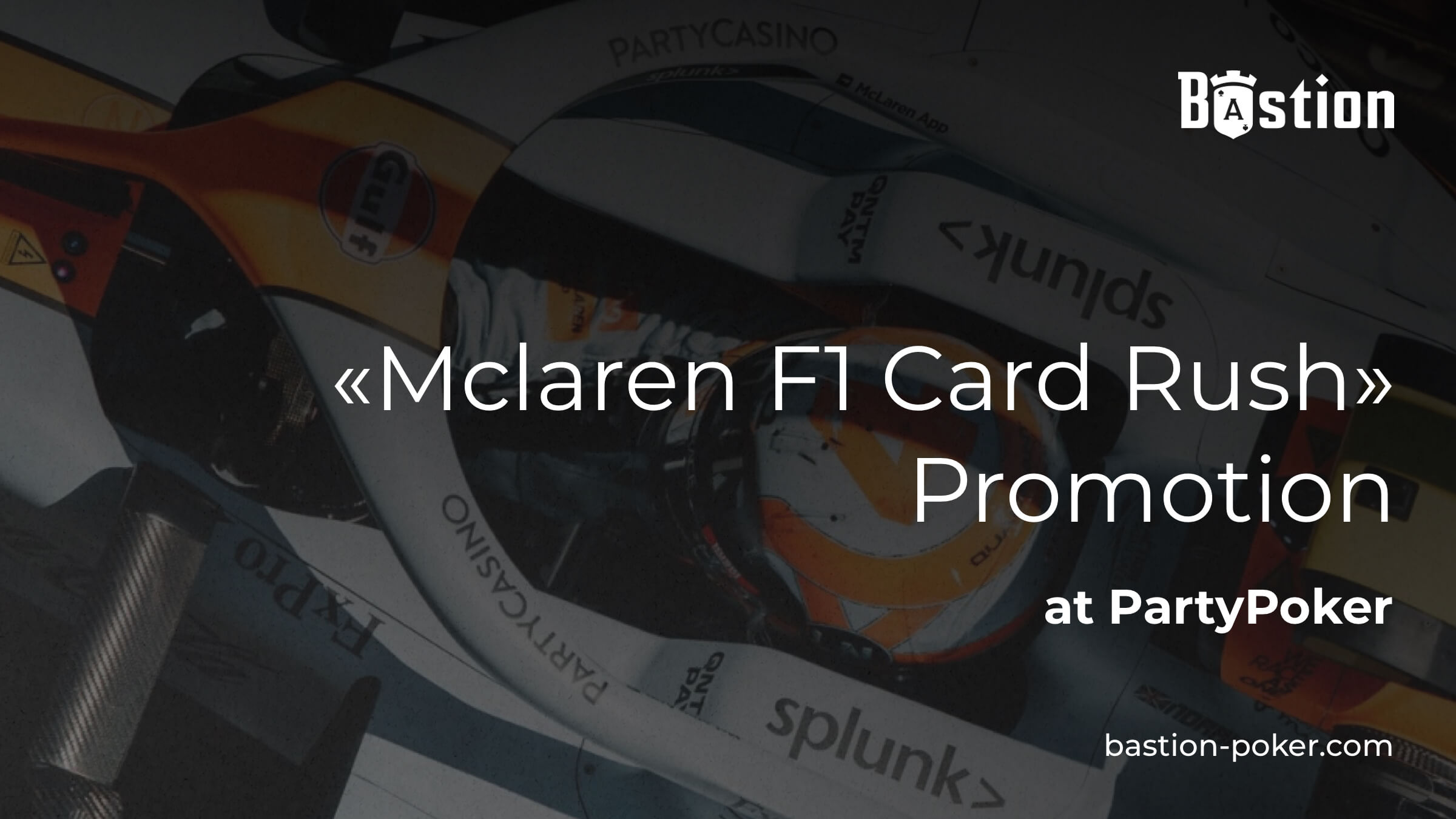 An interesting promotion from the McLaren team will take place at PartyPoker from 23 August to 19 September. It is called the McLaren F1 Card Rush, and within the framework of this promo valuable prizes will be awarded: up to $ 1000 daily, as well as packages for the upcoming 2022 French Grand Prix according to Formula One. The packages include 2 VIP tickets and $ 5K travel expenses.

At the end of May, the well-known room entered into a partnership agreement with an equally well-known Formula 1 team – McLaren Racing. Already in the summer it was possible to see PartyPoker logos on helmets and cars, but now the cooperation is moving further:

From 23 August to 19 September 2021, the room will host a special McLaren F1 Card Rush promotion, during which players will receive scratch cards with prizes or McLaren Mile points.

The mechanics of the promotion this time are simple and do not require a long study:

By playing at the cash tables every day and generating rake, you will receive scratch cards. They are issued one at a time upon reaching 0.4, 2, 3.9, 5.5 and 7 room points every day, that is, you can get up to 5 tickets every day;

You can activate the cards in a special section “Offers”, which can be found by clicking on the arrow next to the nickname in the lobby.

How big is the prize fund?

When opening cards, you can receive one of two types of rewards, namely: real money without wagering and special McLaren Miles points. The following reward sizes are available:

Miles are issued to determine the player’s position on the leaderboard. Within its framework, 1000 players will receive cash prizes to their account, which do not need to be wagered:

Each mile will also be used as a lottery ticket – at the end of the promotion, 9 French Grand Prix 2022 spectator packages will be played out among all McLaren Mile owners. Each includes two VIP tickets, as well as $ 5K in travel expenses.